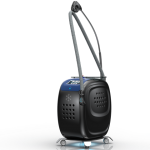 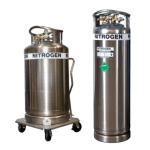 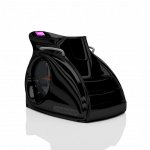 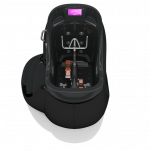 Capsula per pilates a infrarossi A new cryotherapy business started operation on Maui Hawaii. Awazul Weight loss center added whole body cryotherapy sessions to business activity. Sonya Hanson M.D. owner of Awazul, explains there are a variety of reasons for health condition why customers come looking for a chance to expose themselves briefly to temperatures as low as -264 degrees Fahrenheit. “Whole body cryotherapy could help for pain relief; could be a better complexion.”

The cryotherapy chamber or “cryosauna” at the Awazul weight loss center promises a similar benefits as ice bath without the logistic challenges and logistic challenges of ice baths. The clients undress with ropes and a wool socks and gloves step inside the cryotherapy chamber. A cryotherapy technician required to undergo a two-day training provided by cryogenic equipment manufacturer VACUACTIVUS opens the valve allowing liquid nitrogen to flow from tanks in an adjoining room and initiates the cryotherapy sessions. The technician could bring the cryosauna machine to one of three levels depending on how extreme the client wants the cold inside the cryo chamber. Certification for staff is achieved after a two-day cryotherapy training provided by the cryosauna manufacturer of the store’s cryotherapy equipment. 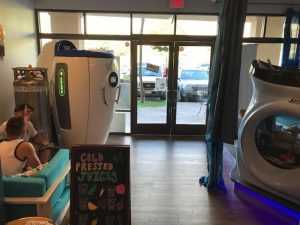 The super-cold temperatures as 280F are not painful or even overly uncomfortable. ActiveCryo cryosauna has a 3 automatic programs and 1 manual program which could satisfy any customer request. Evaporated liquid nitrogen billowed in a cloud around client’s head as he slowly turned inside a cryotherapy chamber that hid his body from the neck down. The temperature inside cryosauna is from minus 184 to 256 degrees Fahrenheit. As the door of cryosauna closed, a huge clouds of nitrogen gas spilled in of the cryogenic chamber, hinting at the subzero temperatures inside. Cryosuna supplier also recommended caution, saying first-timers should start with the lower setting and increase low temperature during a next few cryo sessions. Many cryosuna owners said they enjoy the opportunity to sell the cryotherapy concept directly to customers and take pride in the fact they are building a new business from the ground up. Averaging about 20-30 visits per day in their first several weeks, the owners of cryotherapy businesses are always optimistic about profitability for cryotherapy sessions. A new cryotherapy business nestled among more standard retail fare in an ordinary strip mall at Maui Hawaii. The Awazul Weight Loss center was opened a few years ago offering weight loss and rejuvenation treatments including aquatic biking rehabilitation therapy on HydroShape aqua bike. But now Awazul started a new era offering cryotherapy sessions. Since whole body cryotherapy sessions been open weight loss studio seen so many people with rheumatoid arthritis, with fibromyalgia, people who are experiencing this tremendous pain. The claim is, by exposing the human body to extreme cold temperature using nitrogen chamber, the cryotherapy process kick-starts blood circulation and other internal processes. The idea of cryotherapy is we want to shock your body so human body thinks you’re going to freeze to death, therefore it starts to release a many calories for protect body freezing. Cold therapy treatments are used by professional athletic or trainers because it reduces the metabolic rate for damaged tissue, thereby decreasing the heat that results when the body responds to an injury. Cold therapy is also helpful in pain control and vasoconstriction (blood vessel narrowing) which decreases blood flowing to the area. Many doctors and experts suggest cold decreases nerve conduction speed which also helps with pain.